Inquiry
The main characteristic of castings is that they are manufactured of liquid materials.

The primary material, for example iron-materials or non-ferrous metals, is heated to a fluidity, normally by a heating process. This fluid material is poured in a form / mold. After the material is cooled / solidified, the part is extracted of the mold.

A great variety of casting processes are available, which distinguish in price, quality and reproducibility, amongst others.

What are the basic casting-categories?

Casting processes can be distinguished as follows: 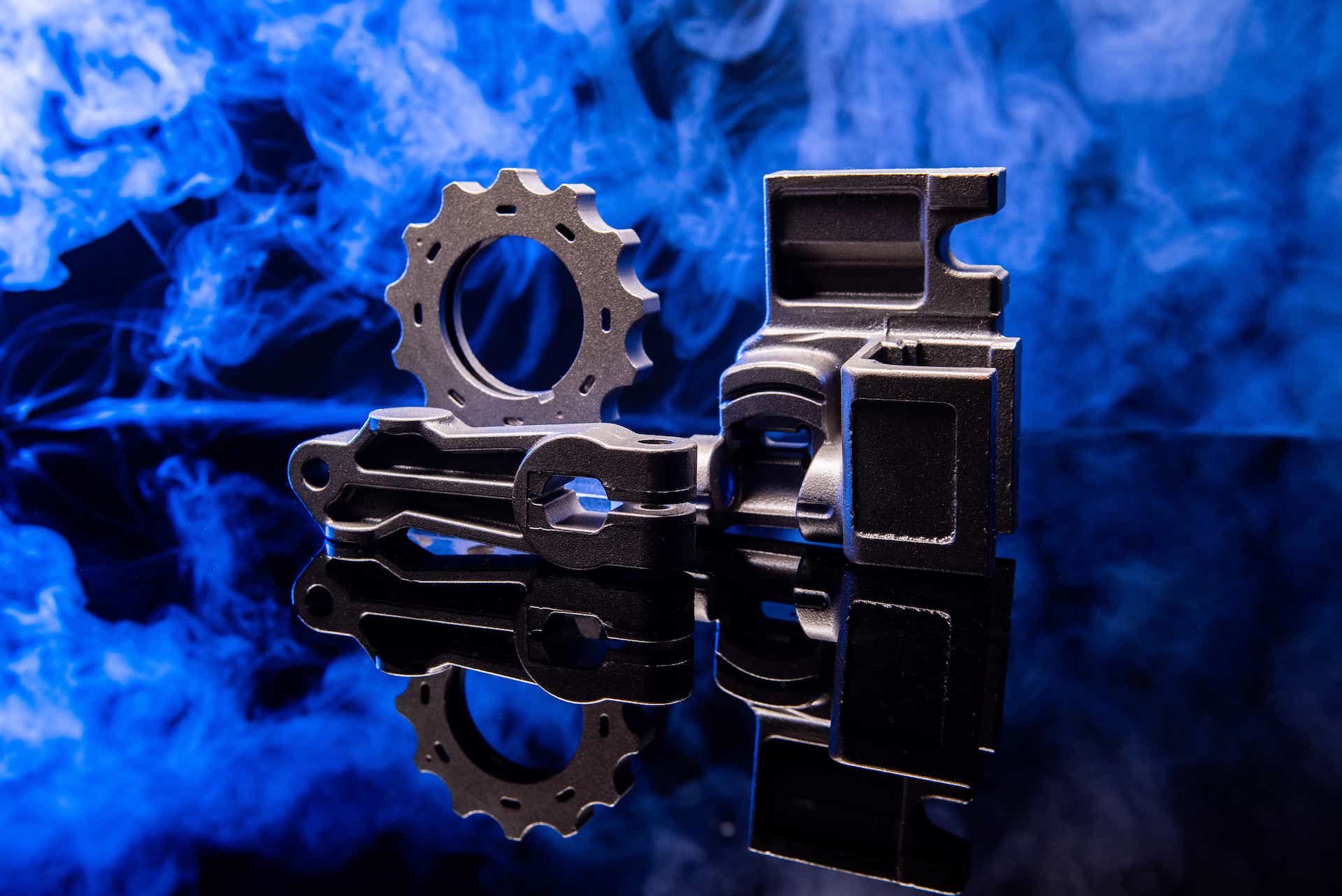 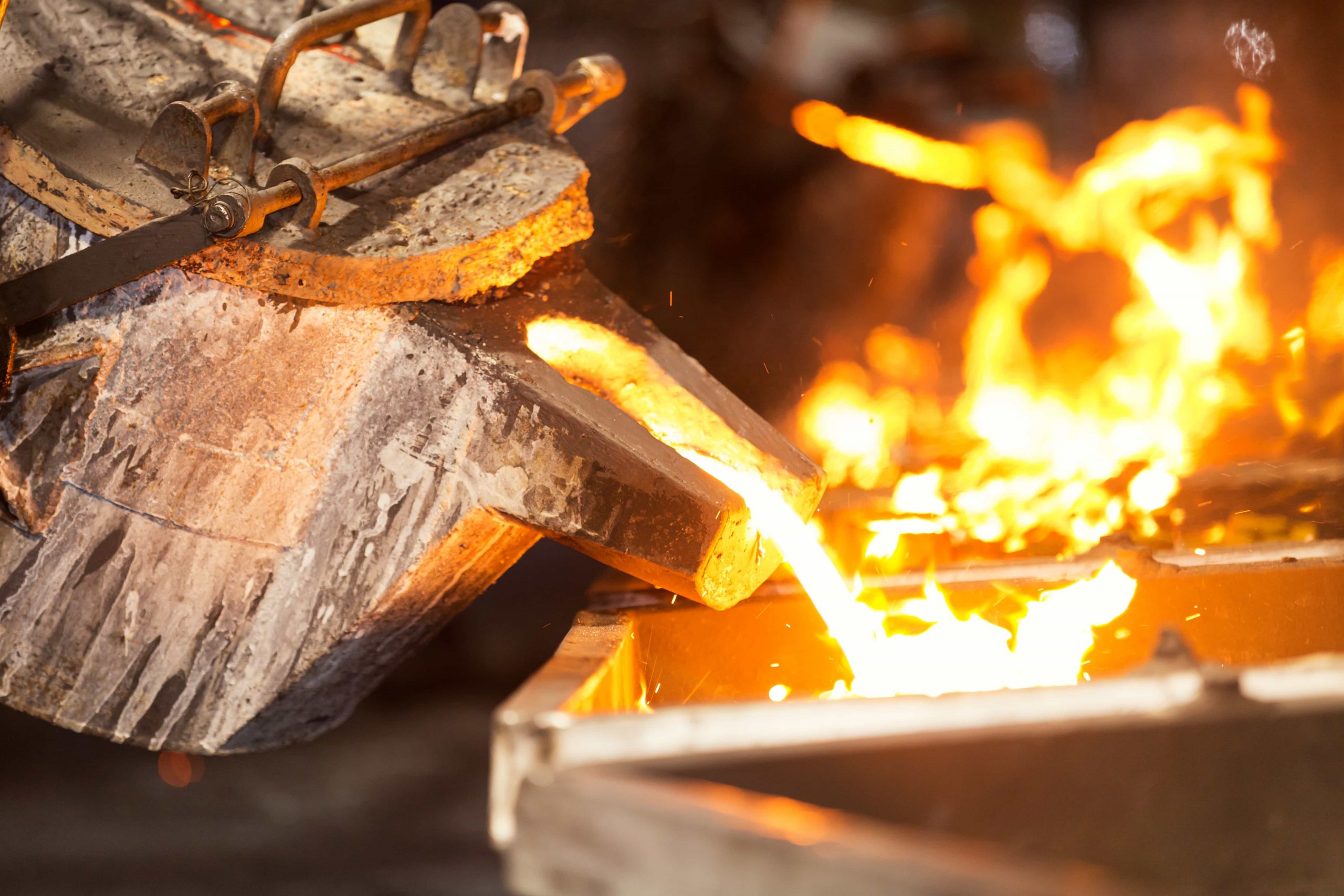 Casting in molds
The mold casting is one of the most popular casting process. The melt is poured into a hollow mold or pressed through a mold. Amongst others sand casting and die casting belong to this type of castings.

Continuous casting is the manufacturing of continuous strands.

Ingot casting involves the production of slabs or ingots.

For each alternative it is necessary to make molds respectively patterns before the casting process can start.

Type of mold filling
Gravity casting is a process in which the meld flows into the mold by the force of gravity. The air, which is within the cavity before pouring, must be able to vanish through holes. Otherwise there is a risk of air inclusions (blowholes).

By centrifugal casting rotationally symmetrical articles can be manufactured. The melt is poured into a rotating form. The centrifugal force presses the material to the outer wall of the mold until the material is cooled down and solidified.

TYPE OF MOLDS
Expendable molds are used only once. After the casting process the mold is destroyed to get the castings out. If more than one piece is required, the corresponding number of molds must be manufactured.

Sand casting and investment casting belong to this category.

Permanent molds can be used multiple times. These are usually made of steel . The number of possible casts depends on the casting material and the complexity of the casting article.

Die-casting, high pressure die-casting and centrifugal casting are examples of this category.

In the first step a wax-model (pattern) is made, usually by injection molding. This pattern is more or less a counterpart of the casting article, including little allowance for shrinkage.
Afterwards these patterns, together with hopper and feeder, are assembled to a pattern cluster, also called pattern tree. Several times this cluster is dipped into a slurry of refractory material, sanded and dried / hardened again, until a robust mold, the investment, has developed.

In the next step the wax is melted out of the mold again, at temperatures of around 150° Celsius. To obtain the required hardness of the mold, it is also sintered. Often this sintering process is used to preheat the mold.

Then the liquid casting material is poured into the mold.
After the melt is completely solidified, the casting articles are released out of the shells.

Investment castings are used for all kind of purposes. Especially complex articles can be manufactured economically. The major advantages are high dimensional accuracy and excellent surface finish, which usually require little or no subsequent finishing.

There is a great variety in materials, which can be used for investment casting, amongst others iron, steel, high alloyed and non-ferrous materials.

Small and big dimensions, up to several 100 kg, can be manufactured.

Small up to large series are possible. 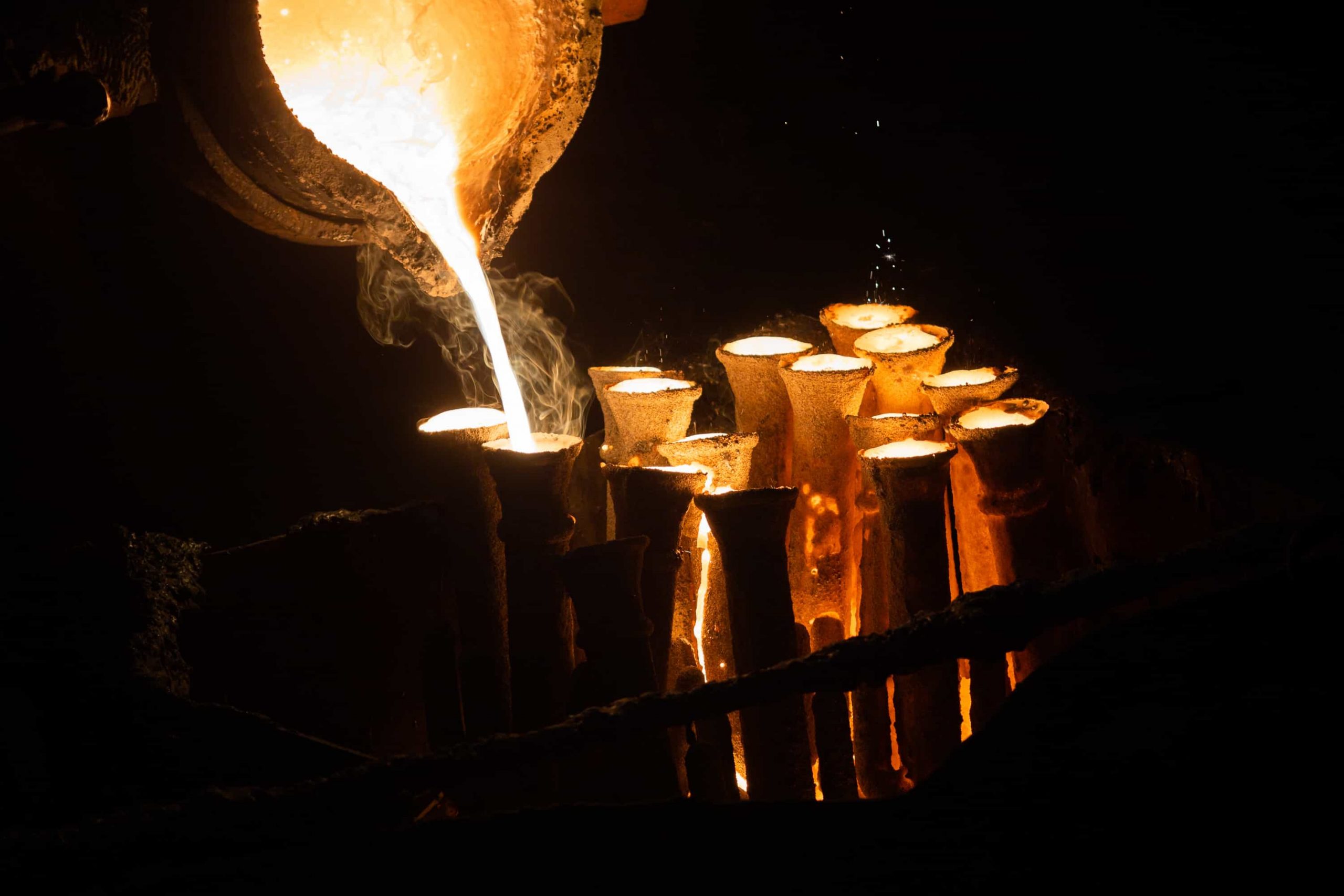 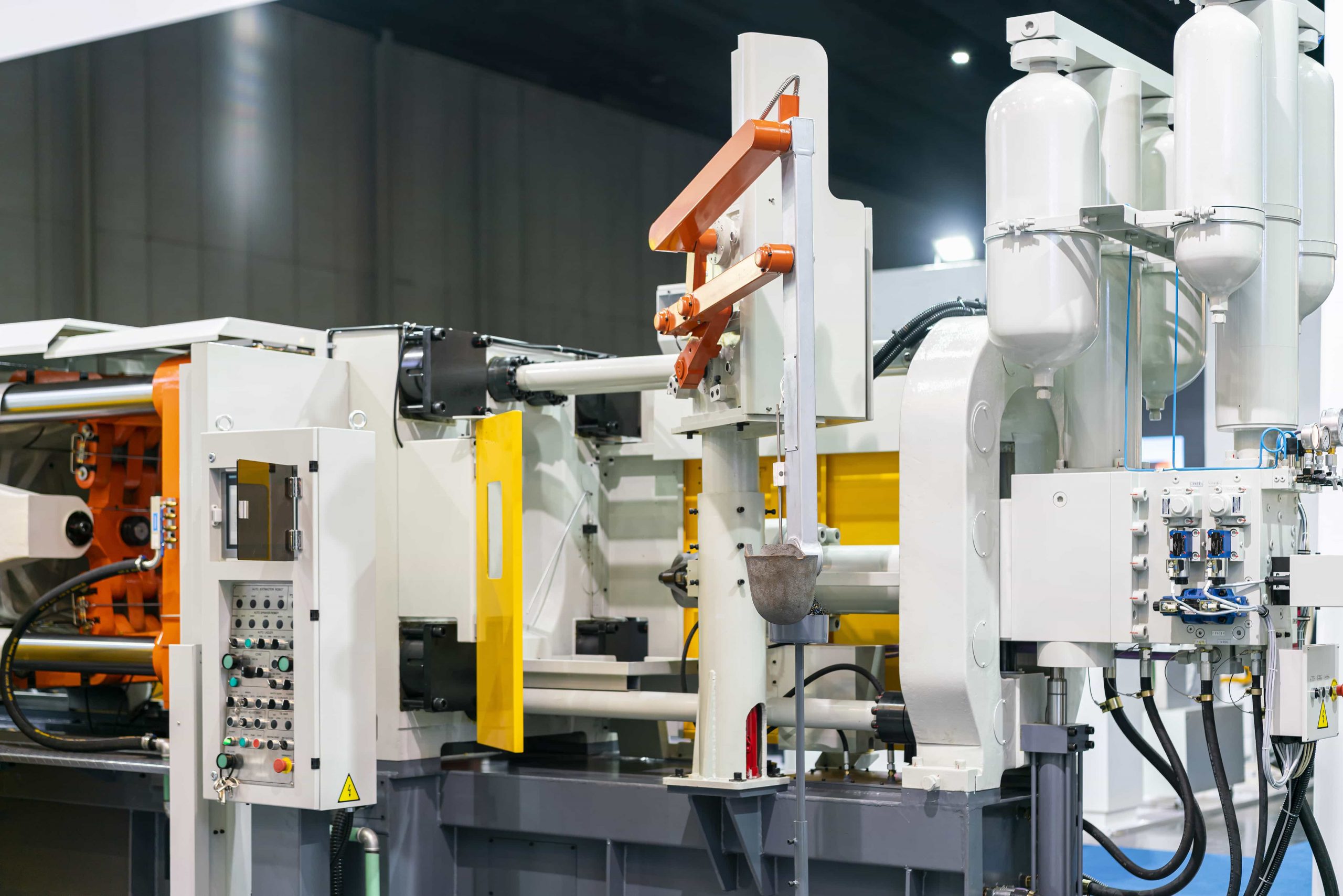 If liquid material is forced with high pressure into the mold cavities, then this process is called high pressure die-casting, in short term HPDC. The pressure can beup to 200 MPa. The casting cycle is extremely short – after a few seconds of solidification the casting part can already be taken out of the permanent mold.

Castings made by HPDC possess a high accuracy in dimension and shape.
Due to high investments in tooling high pressure die-casting is usually only worthwile for big lot-sizes.

Especially non-ferrous materials like aluminum-, magnesium- and zinc-alloys are casted in this process. But also copper, tin and lead are casted.

In the first step a casting pattern is manufactured, which is more or less a counterpart of the final casting, adding some percent for the contraction allowance. This pattern, depending on the number of required castings, is made of wood, metal or plastic, such as expanded polystyrene.

A multi-part molding box, also called casting flask, is prepared to receive this pattern.
As an example, a possible procedure for preparing a molding box, is the following:

One half of the pattern is placed on a plate. Then a flask is also placed onto this plate, around this pattern-half. This flask is then filled with molding sand and rammed.
Filling and ramming with sand can be done by hand (hand molding, typically for smaller batch sizes) or by machine (machine molding, for lager series).
Finally, the molding box is turned and the plate is removed, that the pattern-half is lying upwards.

For the second half of the molding box this process is repeated again, but including openings for sprue and riser. After ramming of the sand in the second flask, the two halves of the molding box are separated again and the patterns are taken out. A cavity has been created with the negativ model of the casting. Eventually cores are still placed inside the cavity.

Finally, the molding box is assembled again. Through the sprue this cavity is now filled with liquid casting material (the melt). Through the riser gas and excess material can exhaust.
After solidification of the melt the mold is destroyed and the casting part removed. Most of the molding sand can be recycled and reused again.

An alternative type to the above-described process is the full-mold casting. In this process the pattern is made of an expanded polystyrene foam, which is then surrounded by sand. The foam vaporizes when the metal is poured into the mold.
This process is suitable for small batch sizes and articles with have only little requirements in surface and dimensions.

Finally, it is always required to trim the casting article. That means, that sprue, riser and rests of sand are removed. 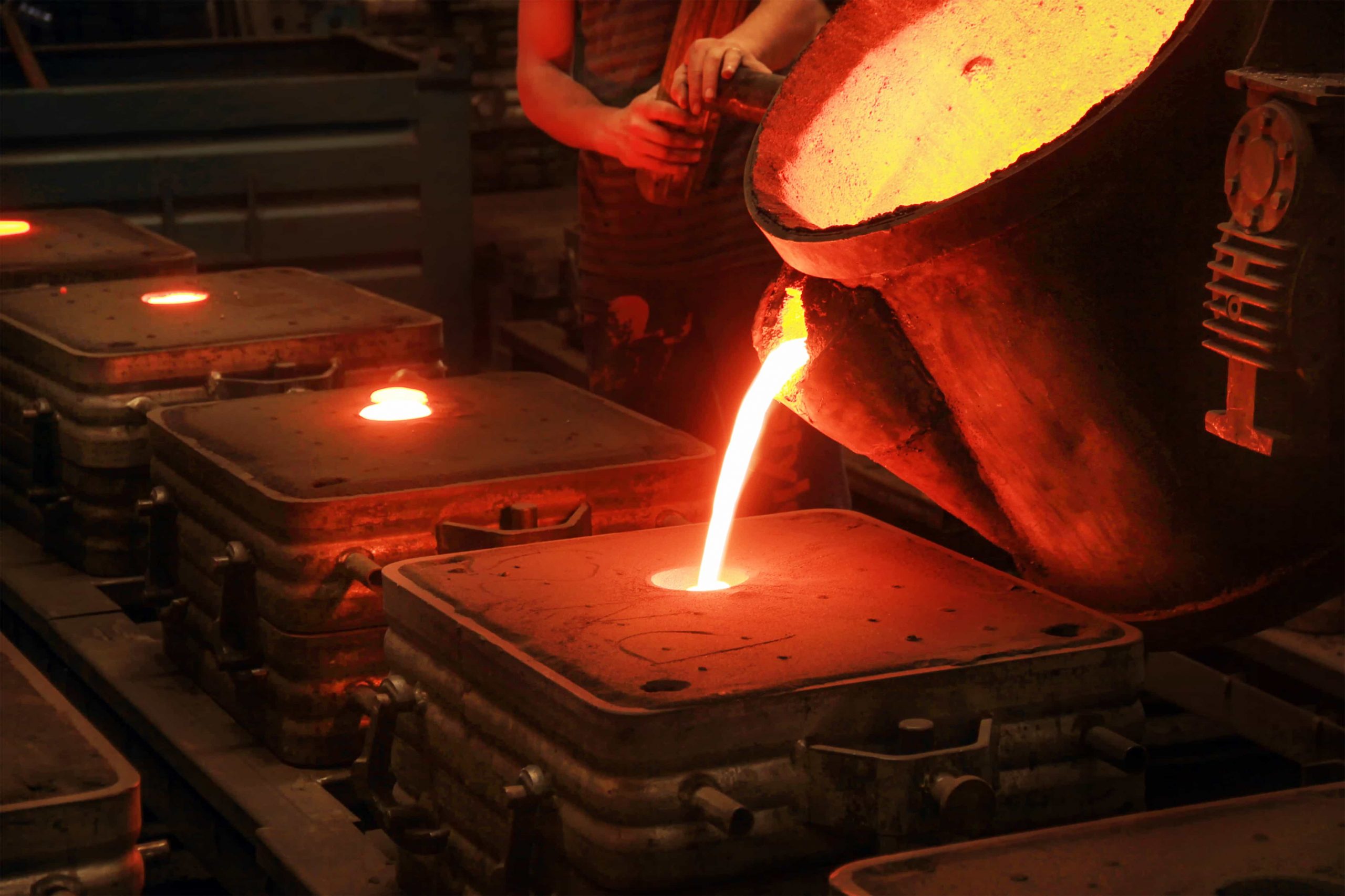 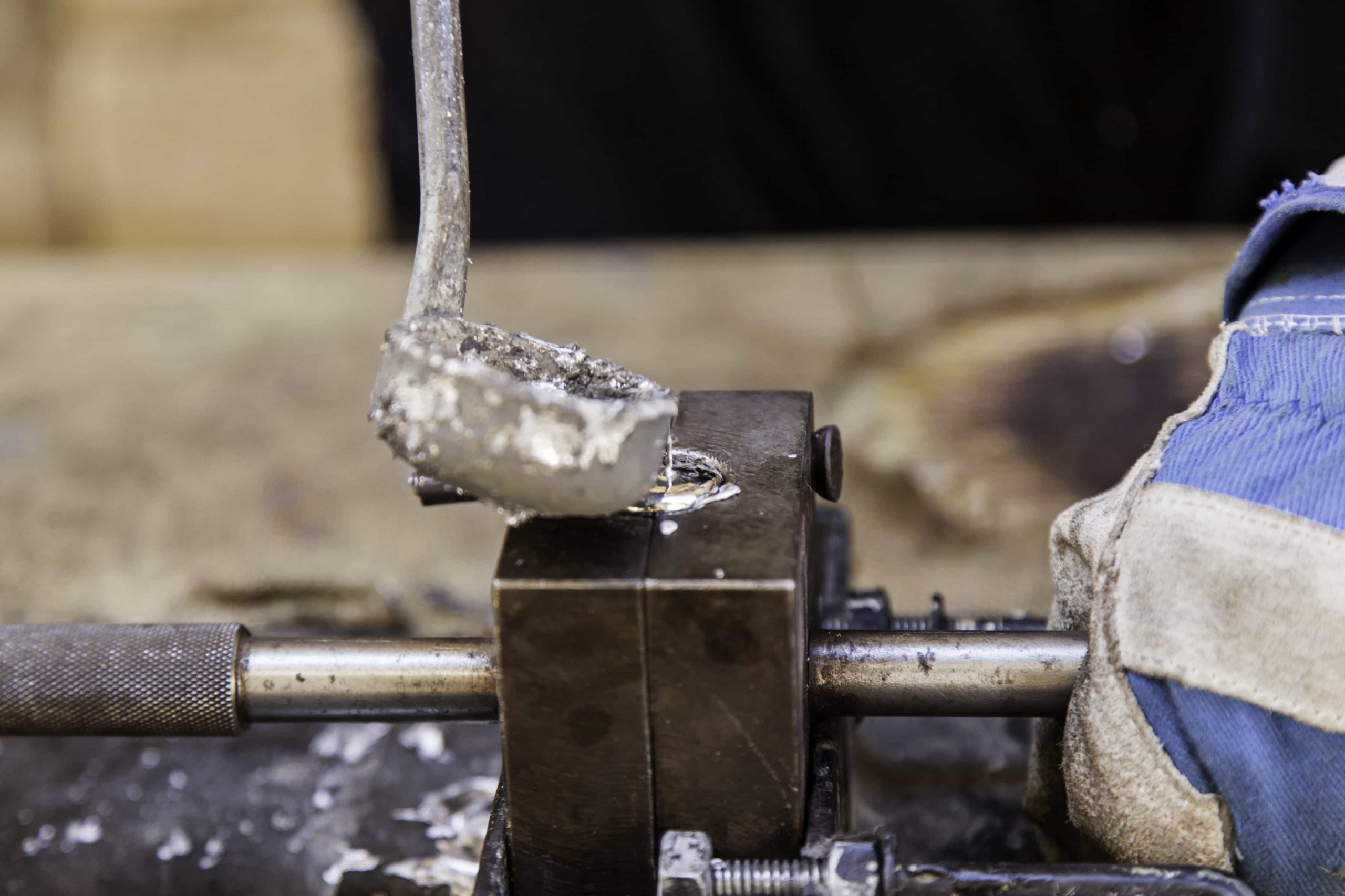 Cores can be inserted into the cavities. This reduces machining time and costs.

Usually casting parts are still machined after trimming.
A heat treatment process is not mandatorily required, but can improve the mechanical properties, especially for steel castings. 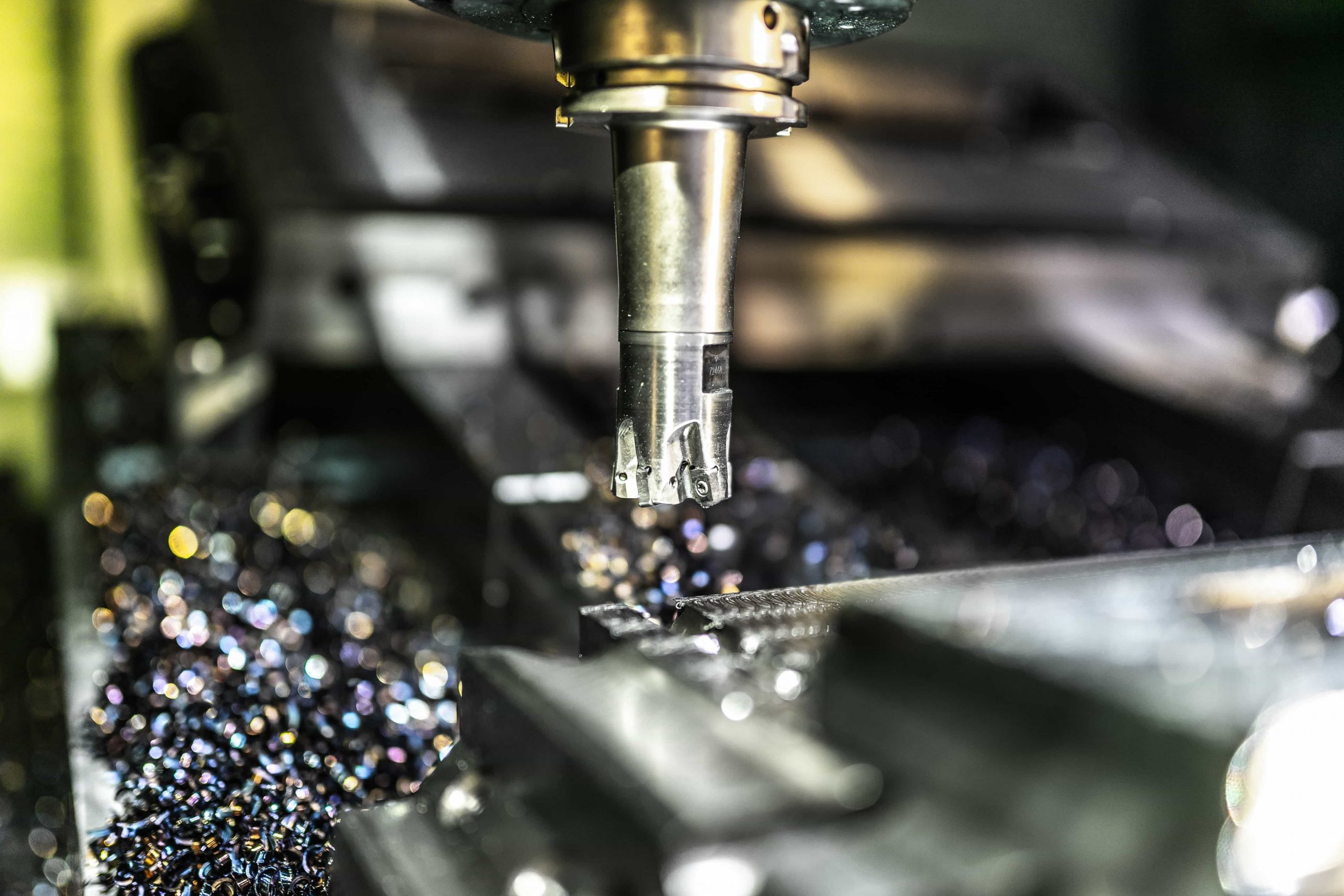 Do you have questions about castings? 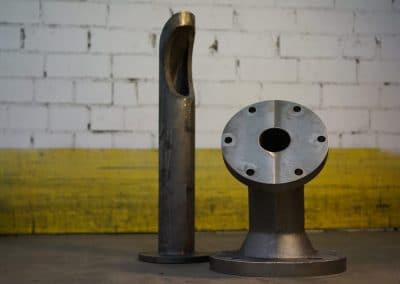 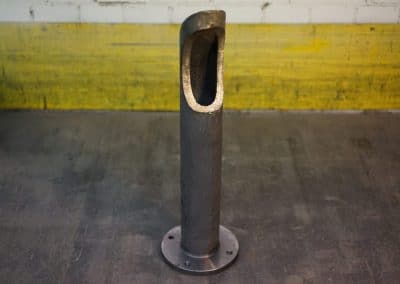 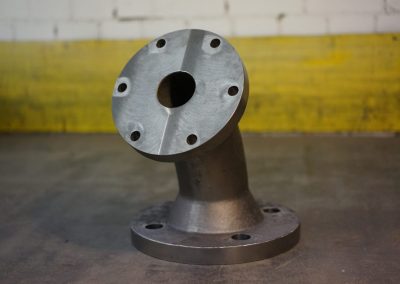 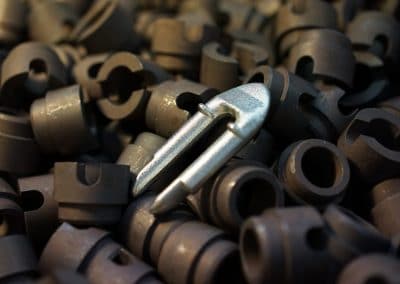 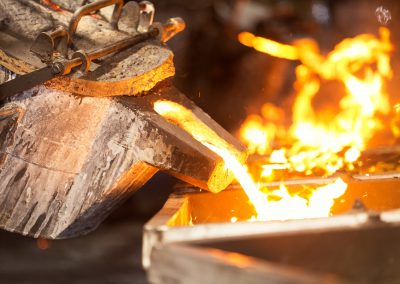 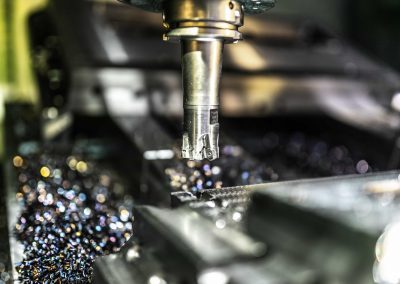 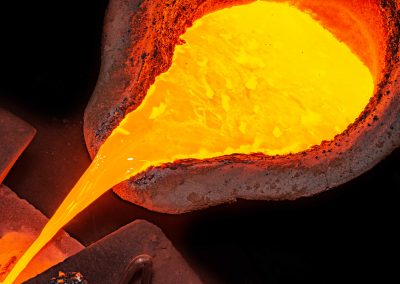 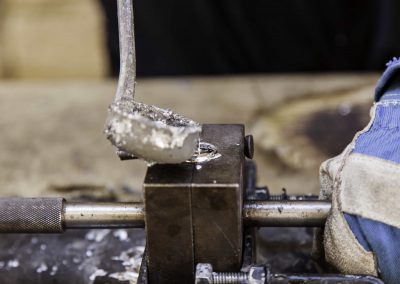 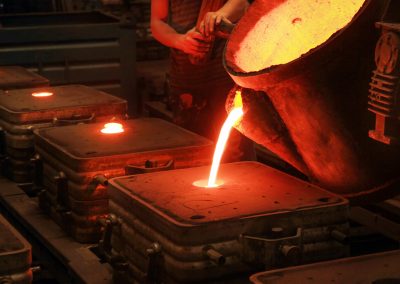 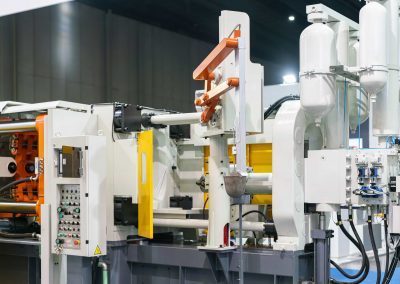 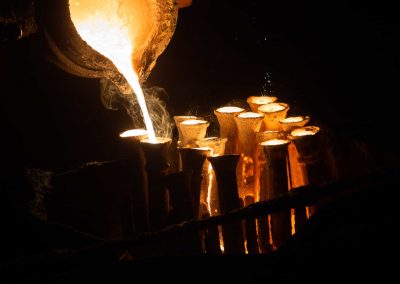 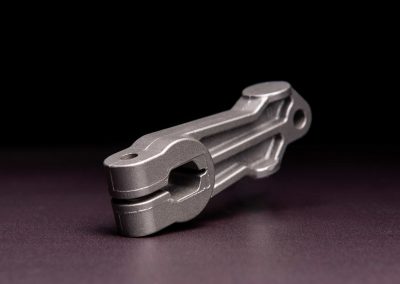